posted by The Bewitchin Kitchen on January 13, 2014

This year for Christmas I wanted to do something different for both sets of Grandparents. I really liked the idea of the Grandparent’s House Rules that I have been seeing around Pinterest and Etsy but couldn’t find one with all the features I liked. So I decided to make my own.

What I did first was I made a note of all the “rules” that I liked. I came across a rule on Etsy that stated “only believe half of what grandpa says”, it made the top of the list. I knew I had to squeeze it somewhere in the mix.

I then went to Google and searched for “discount codes for canvas”. I was sent a few codes (Retail Me Not is a great resource), and I compared the codes with the websites it linked to to find the best bang for my buck. I took into account what the price was after the coupon code with shipping included. You can also find really good deals on discount sites like Zulily and Groupon from time to time, and if you’re a member of Ebates you get cash back on top of those purchases (I’m slightly obsessed with Ebates, but I’ll save that for a future post).

When I decided on the company, I chose the size of the canvas I wanted and then opened up Photoshop. If you don’t have Photoshop, give PicMonkey a try. It’s a free, web based program.

The next steps including choosing the fonts I liked, the placement of the phrases and a lot of fiddling around. There was a lot of sizing adjustments, and it took awhile until it was just right. I didn’t want it to look thrown together. I wanted it to look like I bought it.

When I decided on my end design, I saved it as a .PNG file and uploaded it to the canvas website.

For two canvases with shipping, I spent $82. Personally, I think it looks better then the $280 canvas that I liked on Etsy (but maybe that’s the “handmade pride” behind it).

I am an affiliate with the linked companies and I do earn a bonus for referrals. 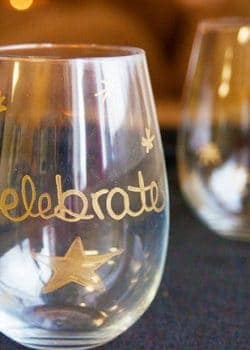 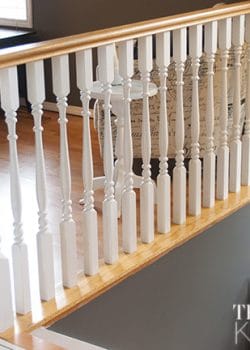 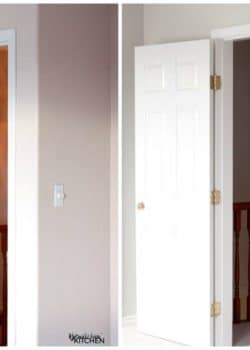