posted by The Bewitchin Kitchen on November 1, 2011

Savvycents: For The Fashionably Frugal

When you hear the words “couponing” and “fashionista” you don’t know normally put the two together. Savvycents has changed that. Now that I am home full-time and have given up another income, it’s time to bring my frugality back. I used to be a huge coupon user, but when I started working full time I found it challenging to sit down and find coupons. I’m excited to be back to the couponing world and now I have a new tool to make my life so much easier.
Before when I couponed I would just store them in my wallet when I went to the store, it was a mess and I was constantly standing in the middle of aisle (holding up traffic and getting “those looks”) shuffling through my wallet because I thought I had a coupon for a specific item. I looked at coupon organizers before but I never wanted to bring a binder to the grocery store or have a tacky looking coupon holder. Then came Savvycents.
Savvycents was first formed in January of 2009 after Melinda Claudepierre read a book about becoming debt free and following the cash envelope system of budgeting.

Frustrated with paper envelopes and disorganization with her wallet, she wanted to create a wallet that would allow her to keep her cash in separate categories and also give quick access to her drivers license, coin holder, and all of her discount cards and coupons. The Savvycents wallet organizer allows you to have all these thing in an attractive wallet that every woman would love to carry.

I have a “thing” with wallets/purses, I love them. I have so many wallets that it’s a little ridiculous, I’m constantly switching them out. Since I received the Savvycents wallet, I haven’t switched a thing. I even brought it to Hawaii to organize some of my itinerary’s and travel documents. It made it that much easier. I’m a very picky person when it comes to wallets, I need a lot of card slots for all my “memberships”. Savvycents did lack a couple of “card slots”, but there was so much room on the other side where the coupons go. I have more then enough room for all of my cards and coupons (I just put the cards I don’t use as often on the coupon side). There is a pen holder in the middle and a coin slot on the back. You almost don’t need your purse anymore. The only addition I think would make this wallet so much better? An iPhone/cellphone holder built in!
So do I recommend this patent wallet? Well, it certainly does it all, I would recommend it to everyone I know. Not only does it help you save money, but you look good doing it.
0 shares 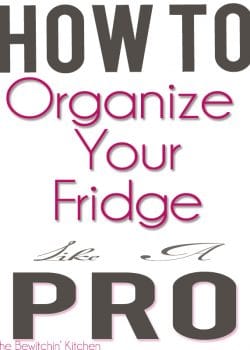