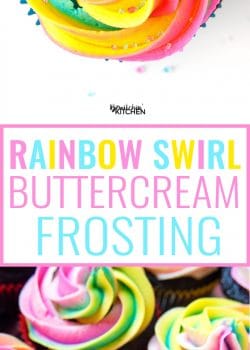 Rainbow frosting is a festive addition to any dessert, especially birthday cake and cupcakes! Make one batch of buttercream frosting, then divide and color to create a gorgeous rainbow swirl design.

I wanted to do something fun and colorful for my son’s birthday, so I got out some food coloring and made a simple chocolate cupcake with a stunning swirl of Rainbow Frosting.

These colorful cupcakes were a hit with his pre-school class and the best part? They’re super easy to make!

I absolutely love this buttercream. It’s so easy to put together, and the addition of food coloring really makes it pop. Why not add some flair to any occasion, even if that occasion is a stay at home Saturday night?

Why you will love rainbow swirl buttercream

I love the outcome of this rainbow swirl buttercream! I’m really proud of how they turned out, and the fact that every cupcake is unique and has its own look is the icing on the cupcake 😉 Sorry, I couldn’t resist.

How to Make Rainbow Frosting Video

I’m often asked how to make a basic buttercream frosting.

So, I put together a video to show you just how easy it is to make homemade icing for cakes, cupcakes, and whoopie pies!

How to Make Rainbow Cake Icing

This rainbow swirl buttercream frosting is really easy to achieve. The first step is to choose your food coloring — I used pink, blue, and yellow since they would automatically create the other hues of the rainbow when mixed together.

I love Wilton Gels because you can achieve a vibrant color with a small amount (meaning they last forever). You can get them at Bulk Barn, Michaels, Walmart, or Amazon.

Divide the buttercream frosting evenly into four bowls: 3 for the colored and 1 for the original.

I have seen a lot of people using multiple piping bags in one larger piping bag or buying a special piping bag. I’m far too lazy for that! I simply tossed it all in the bag (focusing on the sides), and it turned out well.

That’s it! It’s really simple to do.

I also combined a few colored sugars and sprinkled them on top of the rainbow cupcakes for an extra flourish.

To top off these colorful cupcakes, I used Wilton’s Candy Melts and wrote out the number 4 on parchment paper.

It hardened up quickly and each one stayed put. I have done this before with just chocolate, but once it got to room temperature, the numbers would melt. I suggest using candy melts for that reason.

I love the way that this rainbow frosting looks! I call it rainbow, some people call it tie dye icing – what you call it doesn’t really matter. What matters is the end result (and how it tastes, of course).

Supplies I used for these rainbow cupcakes:

An optional alternative to the tie dye cupcake effect:

How do you make buttercream swirls?

First, you’ll need a piping bag and an open star piping tip. Snip off the pointed end of the bag, then slide the tip inside until it is snug.

Fill the piping bag with your buttercream. For rainbow frosting, you’ll need to add each color along the sides of the bag so a little bit of each comes out at once.

Then, hold the piping tip over the center of the cupcake with one hand and squeeze from the top of the bag with the other — right above all of the buttercream. Move your wrist in a circular motion until you’ve made a swirl.

What are the best colors for rainbow cupcakes?

I chose pink, yellow, and blue for my rainbow cake icing – those are the same colors in a printer ink cartridge for a reason! As you pipe on the swirls, the colors will combine to create every color of the rainbow.

If you want to get REALLY creative, you could bake a batch of colorful cupcakes as well. Since coloring batter doesn’t always work as intended, try a confetti cake recipe instead. Use rainbow sprinkles for plenty of color inside and out.

How do you make colored swirl icing?

Whip up a batch of white buttercream, then divide into separate bowls and get to dyeing.

The best part? You can use this method for more than just rainbow cake icing! You can do a tie dye color wheel, black and red, or even a Christmas-themed swirl.

What colors will you use to make this swirl frosting? 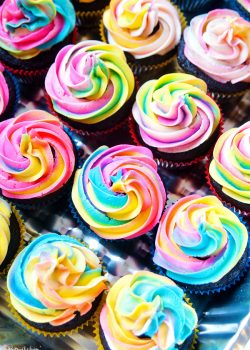 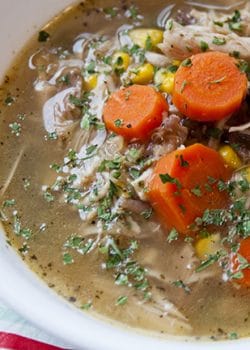 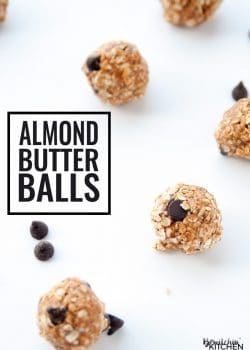