posted by The Bewitchin Kitchen on December 15, 2015

One of the popular recipes on The Bewitchin’ Kitchen is Zuppa Toscana soup recipe. That post is back from 2009, it’s an oldie but a goodie. I was making it again this weekend and I had a thought, what about a Paleo Zuppa Toscana soup? Here is what I did: 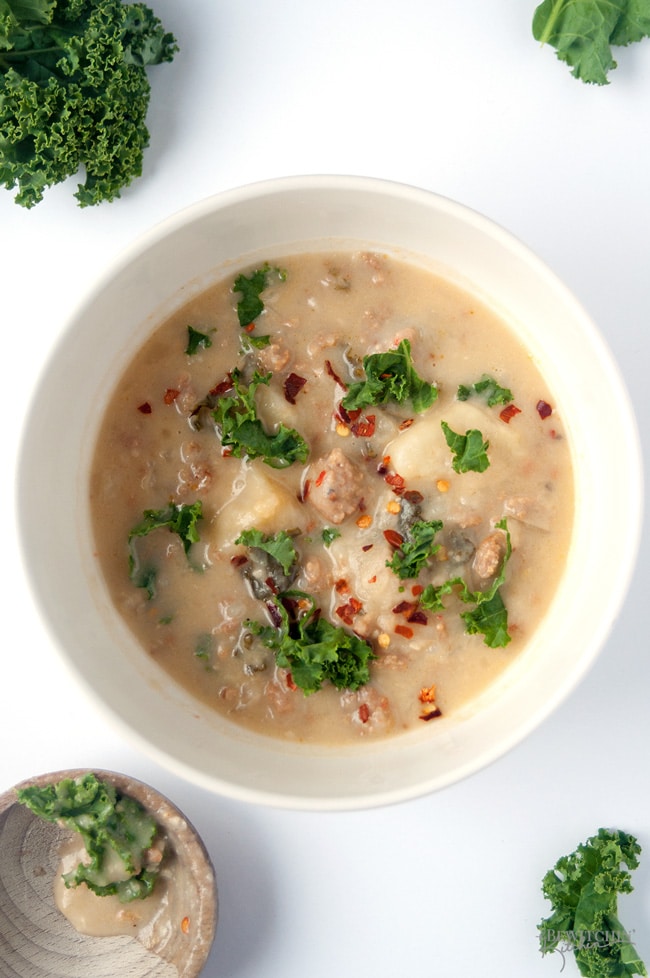 First of all, I had to Google if hot Italian sausage could be classified as paleo. I know there is pork and spices, and that’s paleo, but I was curious about the rest.

The common verdict was yes, its paleo if it doesn’t have the fillers and additional ingredients. It was highly recommended that you find a good butcher and get to know him (ask questions) if you’re wanting to be 100% paleo.

We’re going to pretend that the hot Italian sausage I have for this Paleo Zuppa Toscana isn’t from the grocery store and that I bought it from a local butcher and it uses paleo ingredients with no additives (I’m just being real here). 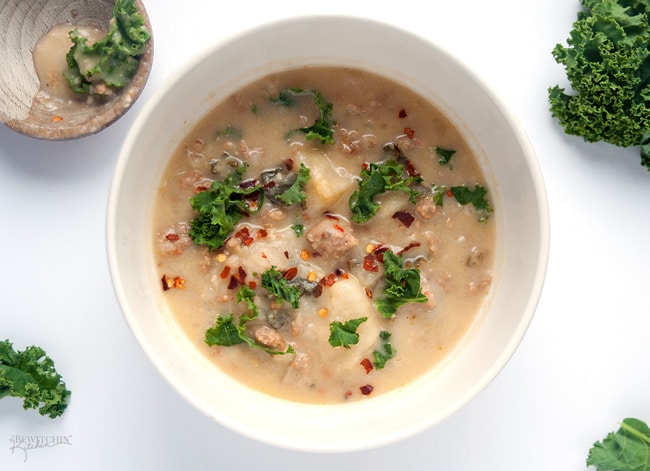 FYI: zuppa means soup, so putting “Paleo Zuppa Toscana Soup” is redundant. I do it anyway out of habit.

The soup recipe is basically the same from the original Zuppa Toscana but I swapped out a cup of whipping cream for 1/2 cup of coconut milk. Just half a cup adds the creamy comfort that a full cup of cream provides. That’s the secret, but here’s the full recipe. 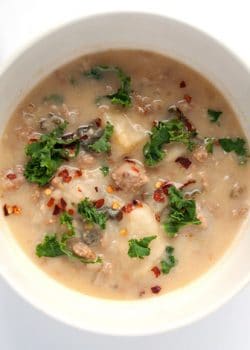 Serving: 1g | Calories: 369kcal | Carbohydrates: 17.4g | Protein: 12.8g | Fat: 28.3g | Saturated Fat: 14.1g | Cholesterol: 50.8mg | Sodium: 773.2mg | Fiber: 2g | Sugar: 2g
Follow On Pinterest Follow @bewitchinkitchen On Pinterest for more delicious recipes!
Tried this recipe?Mention @bewitchinkitchen or tag #bewitchinkitchen so I can see it!
If you like this recipe, and want to try it – don’t forget to pin it! You can either hover over an image on the post, or click the Pinterest symbole on either the left hand side or below the post. 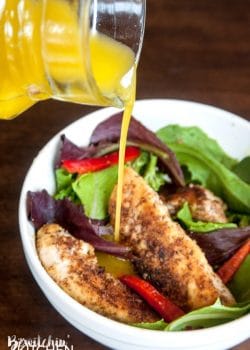 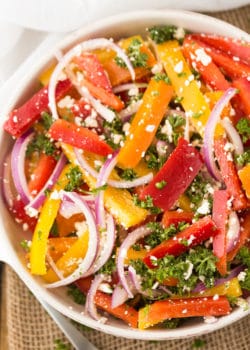 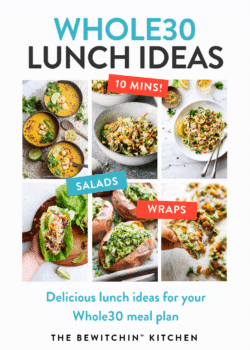