posted by The Bewitchin Kitchen on December 3, 2015 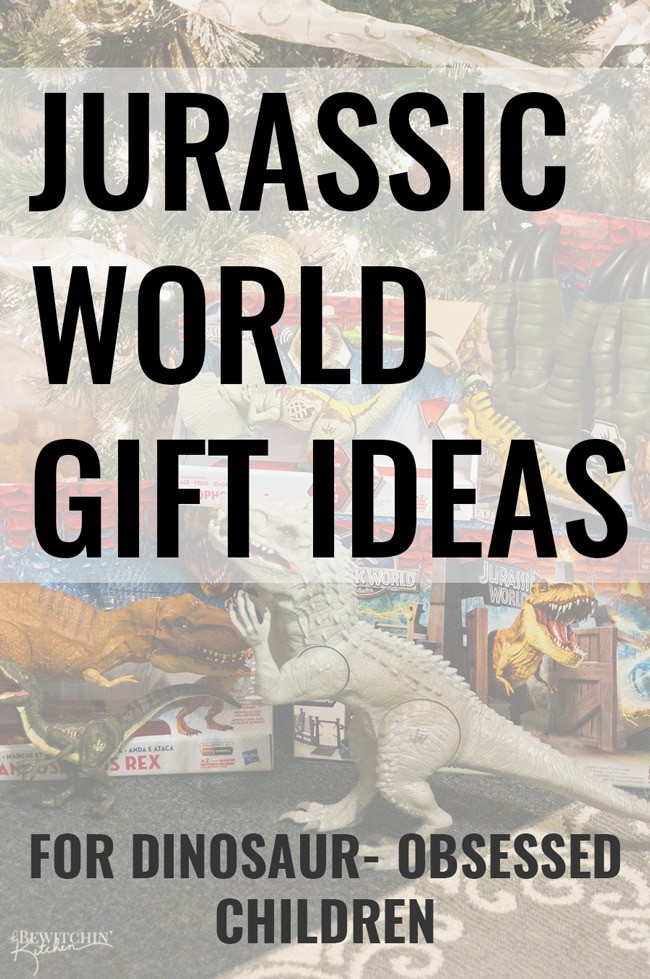 My son is obsessed with dinosaurs, especially Jurassic World. Since the summer, he has been given many Jurassic World gifts and Christmas is going to be no different.

As I said, my son is obsessed. Ever since we first bought him “Velociraptor Blue” back in July, he has been collecting Jurassic World toys. They’re everywhere! I rounded up a few of his loose toys to share some of the ones I have bought him, along with the few boxes I have ready for his Christmas presents. Missing from the photo are the dinosaurs I have in my truck (I told you they were everywhere), including the little T-Rex that goes with the Tyrannosaurus Rex Lockdown Playset, a Spinosaurus, and “Velociraptor Charlie”. 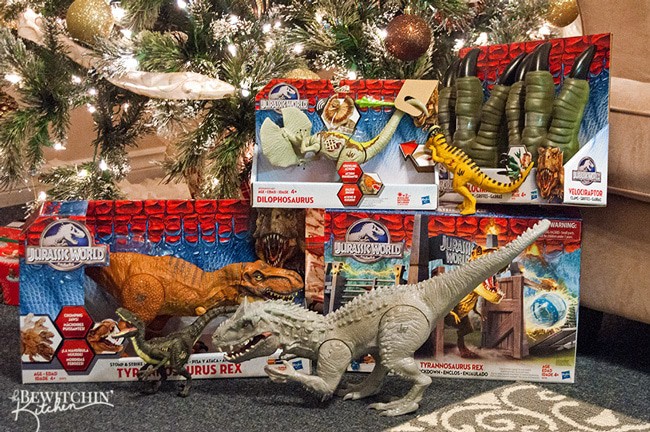 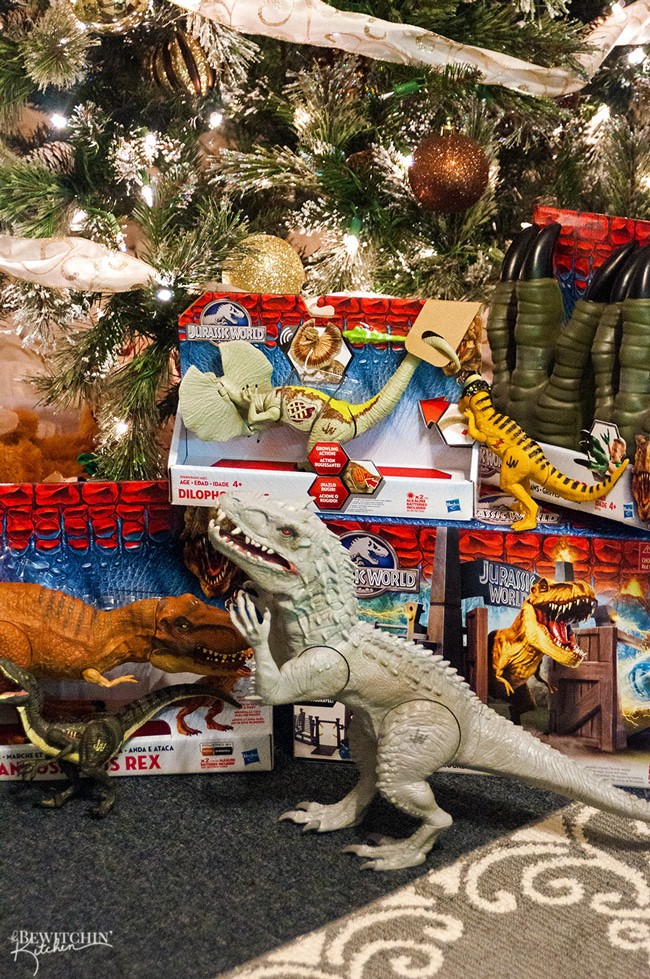 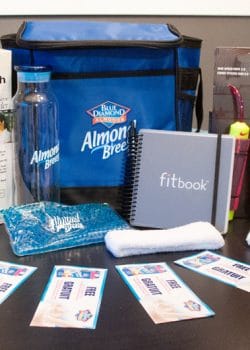 127 comments on “Jurassic World Gifts for the Dinosaur Superfan”