posted by The Bewitchin Kitchen on January 14, 2020

Paleo VS Whole30: What’s the Difference?

There’s so much chatter about different diets that it gets hard to tell one from another. Ultimately, for any diet to work, it has to become a lifestyle choice and not something that is so hard to maintain that you won’t keep it going for more than a month!

For those of you who were wondering, where’s the difference between Paleo VS Whole30, I got you covered.

Two of the more popular diets that focus on healthy lifestyles out there are the Paleo and the Whole30 diets.

In many ways, they are very similar. They both focus on clean eating and avoiding foods that are processed and in changing your mindset around food, but there are some key differences between them that might matter to you!

Let’s start with some definitions:

What is a Paleo diet?

The Paleo—or Paleolithic—diet has one basic premise: eat like a caveman. In other words, eat food as if food manufacturing never existed. The foods you eat should be as natural as if you foraged them yourself, where possible. The point is to be aware of what nutrients you’re consuming and how they affect your body, so that you can make good choices.

Here’s a sample (not exhaustive!) of things you can and can’t eat on the Paleo diet:

What can you eat on Paleo:

What can’t you eat on Paleo:

In my “version” of paleo I eat beans. It’s my cheat okay? With that in mind…

Paleo Recipes from The Bewitchin’ Kitchen.

The Whole30 diet is similar to Paleo but more rigorous and is seen sometimes as a cleanse or a nutritional reset, rather than a lifestyle change that can be maintained over the long haul.

To clarify the difference between the two diets, any Whole30 recipe that you find will be Paleo, but the reverse is not true.

Whole30 is so named because it is a plan designed for 30 days of eating whole, natural foods. It goes beyond the notion of healthy, wholesome eating and is intended to break our habits of eating certain foods and indulging in certain cravings. It’s a whole reconditioning of your thinking around food so that you learn to eat for the purposes of energy and nutrition, but not necessarily for enjoyment. I really like the mindset of Whole30 and it has, personally, helped me with my emotional eating.

Here’s a sample (not exhaustive!) of things you can and can’t eat on the Whole30 diet:

What can you eat on Whole30:

What can’t you eat on Whole30:

Whole30 Recipes on The Bewitchin’ Kitchen

New to Whole30? Here are some Whole30 essentials to get you started.

While on a Paleo diet, you can indulge occasionally in things that aren’t normally allowed. You’re going to a party and someone has made an epic looking dessert, you won’t be breaking the Paleo rules by having a little nibble. And if you’re partial to a glass of wine, go ahead. On Whole30? You can’t do it: not the nibble, not the wine.

A ‘reset’ only works if you’re strict about it, which is why it’s designed to be a 30 day plan and not necessarily a forever plan. Many people will start on the Whole30 to cleanse their bodies of toxins and cravings, to break our mindsets away from the need for ‘fun food’. Those same people might then continue after the thirty days with the Paleo diet, to maintain good habits without necessarily being too extreme.

A lot of people find the lack of sugar of any kind on the Whole30 diet to be difficult. While the Paleo diet will allow unrefined sugars (Stevia, honey), the Whole30 diet allows none except for natural fruit juice, as a sweetener.

Clean eating has tremendous benefits to it, but it only works if you can sustain it over the long term (with the occasional cheat because you only live once!) To that end, the Paleo diet is probably more sustainable over the long term but the Whole30 might just give you that kick start to get you on the right track that makes it all possible. Either way, better sleep, better health, clean and clear skin and an overall feeling of wellbeing sounds good to me.

My personal diet? I eat what lifestyle I can sustain long term. The majority of my diet I would classify as paleo but you know what? I have cupcakes when I really want one, corn in my salads, and black beans in my chili. It’s about what works for you.

Do you follow either the Paleo vs Whole30 diets? What do you find good or bad about either? 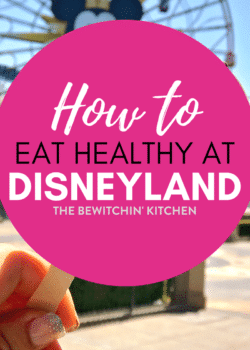 10 Tips to Eat Healthy at Disneyland 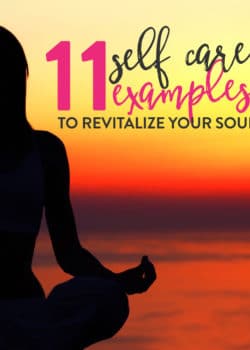 11 Self Care Examples to Revitalize Your Soul